When it’s so hot that the mere thought of standing over a stove makes you break out in a sweat, make this salad. It looks and tastes fantastic, and there’s no cooking involved other than baking some juicy Olly’s chicken fingers. The addition of these flavourful bites turns this salad into a well-balanced lunch perfect to bring to the office or to serve to guests at any gathering. 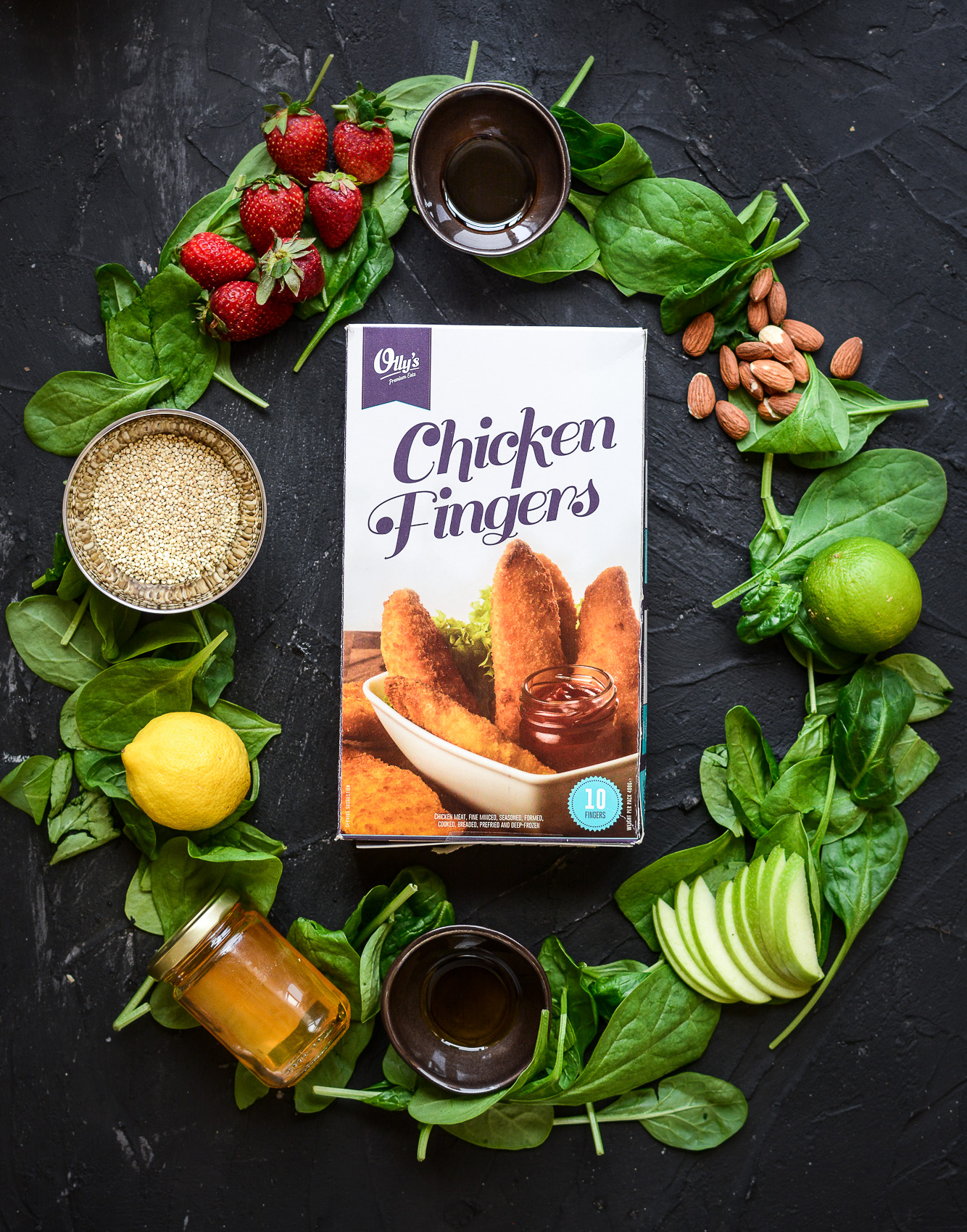 When testing this recipe, I had in mind something that was sweet, tangy and ultimately satisfying. The idea that a salad is just a bunch of leaves that could never fill you up is just wrong, and this salad proves it. The addition of lemon-y quinoa not only brings a bright, summery tang to the salad, but makes it extremely hearty and keeps you full for a long time. Quinoa however can be swapped out for any other grain you may have at home, like barley or bulgur wheat. I would however suggest keeping to complex carbs like the above-mentioned substitutes and staying away from white rice or pasta – the latter are simple carbs and won’t keep you full for long! I added green apple and strawberries because I love their inherent balance of tartness and sweetness, but you can really let your imagination go wild for this one and use any vegetables or fruits you may have on hand.

Personally, I struggle to remember to add lean meats into my diet, and the ease with which I can cook up a couple of Olly’s chicken fingers has really helped! It’s not only the ease with which these can be made that I love, but how genuine the flavour is and the fact that no nasty additives are included. If you’re like me and are a sucker for a crunchy, golden-brown crust, I would suggest drizzling a touch of olive oil on your chicken fingers before baking them up, and even giving them two minutes under the broiler before serving.  The addition of Olly’s tender, crunchy chicken fingers took this salad to a whole new level. Finally, one of the most underrated, but most important components of any good salad is a stellar dressing. Of course a salad is going to taste not-so-pleasant if everything is dry and unseasoned! This honey-balsamic dressing only requires four ingredients, and the recipe can be made in larger batches and stored in the fridge for up to a week, for a quick fix. 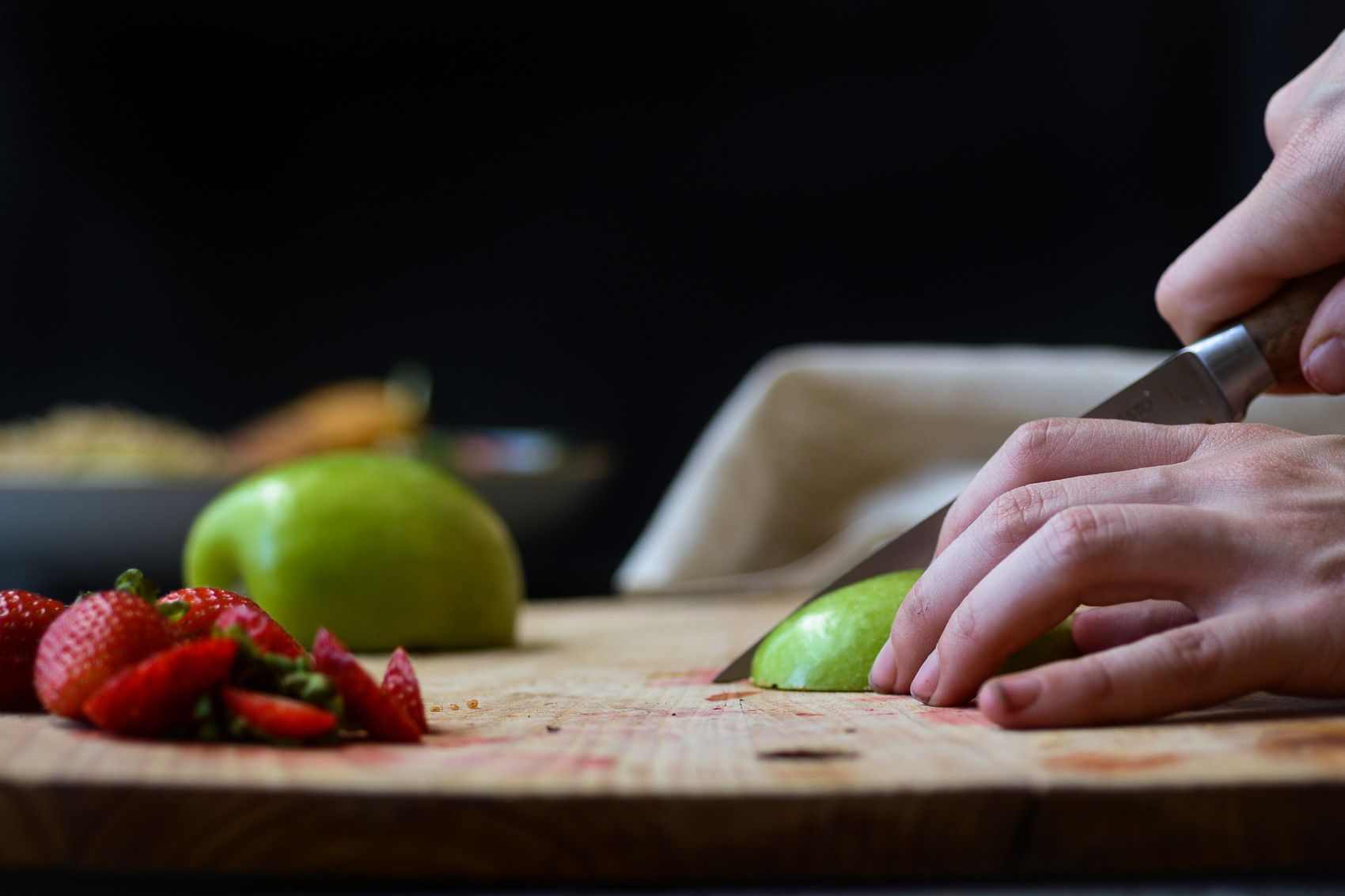 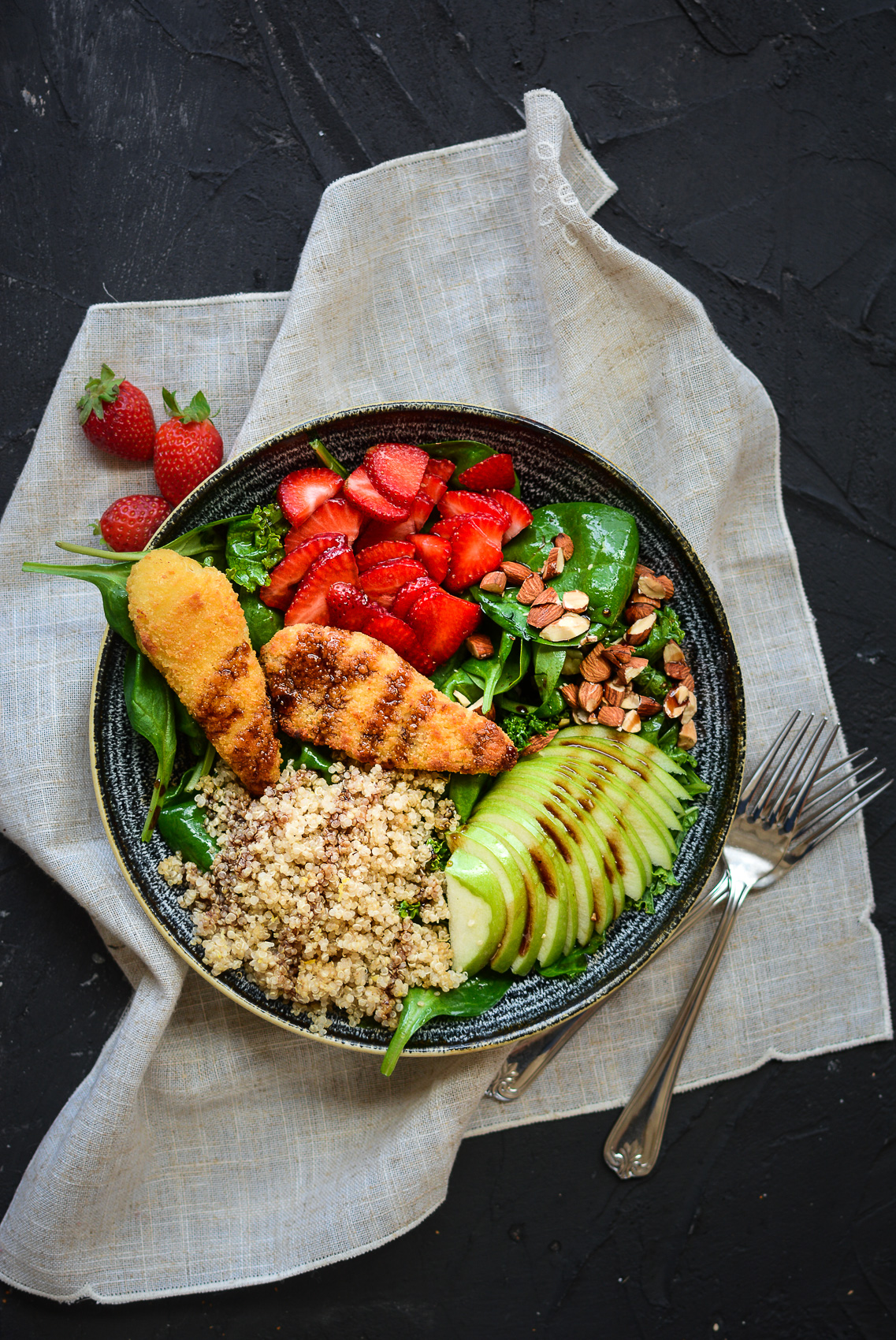 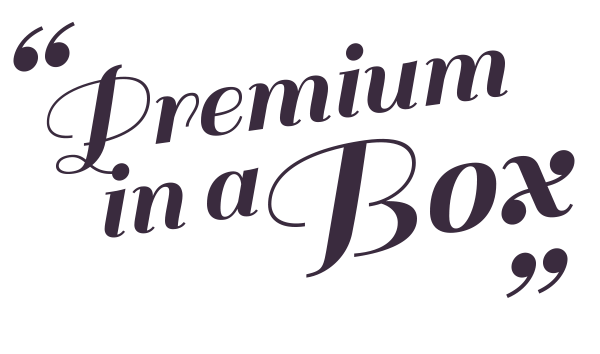